Some of you may just get the obscure, tortured reference in my title. (Yes, to the Rodgers and Hammerstein song from Carousel. Sorry, there is no prize.) The recently completed month of June was certainly hectic and also marked my 55th birthday; I know I don’t look a day over 70! I want, in this post, to give an account of how June unfolded; of its challenges, its diversity and ultimately its rewards. It was a month that was, in most respects, amongst the most exhausting, yet productive and gratifying, of my career. Here’s why …

In the first week of the month I attended EduTech 2014 in Brisbane. I hadn’t intended to until I was invited by CEO Craig Macfarlane as a response to criticism of EdTech conferences in my Fractus Learning article “You Can’t Handle The Truth.” I was duly impressed that Craig had read my article, agreed with some of my concerns and made an effort to meet with me. There was much to like about EduTech this year; Adam Spencer was an awesome host and Sir Ken Robinson delivered the Day One keynote. But as my History teaching colleague Matthew Esterman (@mesterman on Twitter … follow him now!) rightly tweeted…

“Have loved having gr8 keynotes to listen to but #EduTECH has also affirmed my belief that the rock stars of ed are in our classrooms.”

And, I had the chance to meet some of those “stars” including Dan Haesler, Jarrod Lamshed, Steve Box, Corinne Campbell, Cathy Hunt, Zeina Chalich, Jacques du Toit and Matthew himself (… apologies, I know I’ve overlooked many others!) The opportunity to meet and talk with such great thinkers (and doers) will always be amongst the very best moments of any conference. I did get the opportunity to deliver a Show Floor Presentation entitled “Death to PowerPoint” although, ironically, I had to have my slides in PowerPoint! My greatest enjoyment came from attending and presenting at the #TeachMeet sessions instigated by Matthew (… told you he was a star!) These sessions saw “ordinary” teachers sharing ideas and successes with a small audience of their peers. If you’ve never attended a #TeachMeet why not organise your own! 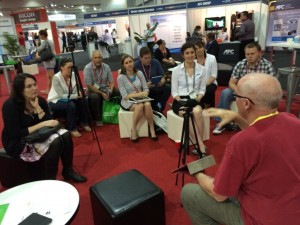 Whilst at EduTech I also had the opportunity to be interviewed by Corinne Campbell for the TER Podcast. Absolutely loathe, like most people, the sound of my own voice but you might want to check it out anyway. You’ll find me at the one hour 17 minute mark. (You can listen and subscribe to TERPodcast on iTunes, Android Smartphones and on Stitcher Online Radio.) As EduTech reached its final day I also had my latest article appear on Fractus Learning; “Declaring the Digital Rights of Students.” Of all that I’ve written over the past 2 or 3 years, this was the piece that I agonised over and revised several times. I would greatly appreciate feedback if you haven’t had the chance to read it as yet.

In the ten days after EduTech I wrote a guest post for the iAnnotate Blog and a Help Desk article for the Australian Teacher Magazine. Both will appear in the near future and we all know I’ll relentlessly promote them via Twitter. At the same time Noelene Callaghan (on Twitter @ncallaghan1) asked me to appear in the Australian Education Times as Teacher of the Month. (http://www.educationtimes.com.au/issue/july-2014) I welcomed this as another great opportunity to “put myself out there.” During this same period I also moderated a #histedchat on Social Media as a Learning Tool (You’ll find the Storify at sfy.co/ejkU) I also dealt with one other small matter; I assessed 120 essays and research tasks before writing the same number of reports.

The reports were due on June 26; I finished them on the 25th which was fortunate because at 9:00 am on June 27 I left for Atlanta and ISTE2014. That will be the subject of my next post! So, June was indeed awesome but I still can’t believe I survived unscathed; well, except for my birthday. 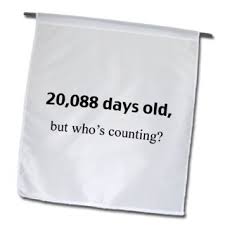 3 thoughts on “June Busted Out All Over”